This is a sequel to When you begin to see further… and the interesting thing is this was inspired by a very deep conversation with a very good person of mine. Sometimes, we think inspirations or counsels are simply for one person, well, it could sometimes be. I hope this is for you, especially you.

So remember the Joseph guy we were talking about previously? There’s an almost assured need for you to read Genesis 42 again if you have before and read with an open mind this time. Some new piece of information might jump at you. I mean literally jump at you (smiles). The need for this is for you especially to understand the place we’re coming from for this story to make the most sense.

So here is it after you have read both part 1 of this blog and Genesis 42:

Something happened to the guy that was being sold, whose death was deliberated, whose ears were open while his brothers deliberated his death, whose eyes were wide open while he was thrown in the pit and for whom about 40 shekels were exchanged for his life and no real way or present outlook as at then of getting any of his “awesome” dreams come through. His past was fast becoming not the favorite child of his father, but soon to be chief slave , ex-convict and maybe most hated of his brethren. There was no actual reason to hate him, but they just did. Of course, sometimes, you wonder why love is not returned to you. This Joseph guy was the one who brought them food in the wild where they were pasturing, but he still wasn’t good enough. In fact, if you’re looking for the most positive attitude, you probably have found one in Joseph. So see some drift… 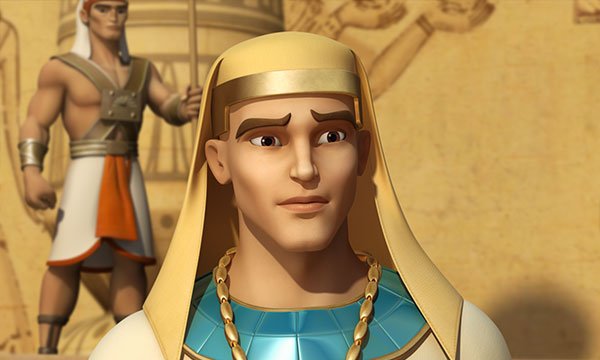 Imagine this were Joseph and now governor, probably it will help you imagine your dream too, even though not clear or direct now

Truthfully, it is also unheard for a prisoner or slave to be the second highest in Egypt, this was the world’s center of civilization and charisma. But when God who gives dreams decide to take your past and make your dreams what it really is, age, past and gender or ethnic placement or even societal dysfunctional hierarchy or class will suddenly mean nothing and that’s all that’s going to matter.

So why do I feel very strongly in my spirit to share this with you? Well, you have a dream just like I do! That dream can even seem almost marred by past mistakes. You may want to ask Abram (or Abraham now) or Jacob (yeah, he’s now known as Israel) or even Apostle Saul, sorry, I mean Paul and how God will do anything to make wise the foolish things of this world to confound the wise. So as I was saying, you do have a dream and the giver and maker of dreams knows best, dreams don’t have to be lost or forgotten. Stay in line and simply trust my dear. God has got your back. Stay in touch… and don’t you dare leave without either sharing this to another “you”, or dropping a comment or even pressing a like button. You know these things kind of have a way of making me- your pen-friend happy too, so let’s be happy together.

Hear from me later…

Its all about human sustainability and energy. Meet WonuOla.OlaWale. She is a social energy entrepreneur. She loves God and his people. She blogs to help "idea" young minds i.e. inspire.develop.employ.activate. She was the Business Intelligence Director/Initiator, now Board Chairperson of her own company, Sixters Energy. She also worked as a Project Manager for RootHub, a fast growing entrepreneurial hub community while she served as a Research Personnel with the University of Uyo in service to her country Nigeria. She has had several international experiences including working with Chevron, interfacing with Shell, and worked on international energy projects across the globe including CCS- carbon capture and sequestration in the United Kingdom, Flow Assurance in China and Enhanced Oil Recovery projects in the United States. She enjoys reading, smiling and meeting people. She's an advocate of gender equity and not equality. An avid supporter of non-stereotypes and a lifestyle of excellence. She is who you want to talk to in developing lasting solutions in the field of energy and human sustainability. Wonuola Olawale es me llamó View all posts by Wonuola Olawale